When are kids ready for digital independence?

Most teens want their own smartphone, but parents can have a hard time knowing when kids can handle the responsibility.

On this Safer Internet Day, I’m remembering how honored I was to speak last November at the fourth annual Child Internet Safety Summit, an event uniting teachers, policy makers, and researchers in discussions about the digital world’s effects on young people.

While these conversations often veer toward the dangers of online life, I decided to focus on how the internet benefits our children – by allowing them access to an almost incomprehensible amount of information for research and learning, introducing them to people and places they’d never otherwise see. Not to mention that modern life nearly requires being connected, meaning we parents need to prepare our children for digital independence, just as we prepare them to house, clothe, and feed themselves. So when is it time to begin loosening the ‘apron strings’?

By 12 or 13, most kids begin maturing into confident young people who have closed social groups within which they’re carving their own space. Most have a mobile phone. In fact, research we conducted last summer found 82 percent of parents have given their 13-16-year-old a laptop, tablet, or smartphone. And many give rules with that device. But how many reinforce – or revisit and revise – these regularly? As vigilance slips (or becomes impossible to maintain), kids can become digitally independent by default, perhaps before they – and we – are ready. Yet until they’re 18, kids are technically minors. Meaning they’re our responsibility, period.

We also found 61 percent of parents of 13-16-year-olds do take responsibility for what their kids do on their phones. While a good sign, I wonder if these parents really know what’s on those phones. And if they don’t know, then how can they really take responsibility? More concerning, 18 percent thought the content on their kid’s phone was actually the child’s responsibility.

So why does it matter who’s responsible? Well, let’s consider a recent case where a car insurance company offered discounts based on whether customers’ social media activity indicated they were likely to be safe drivers. In other words, based on factors unrelated to driving ability or record. Would your 16-year-old understand the potential impact of Facebook posts on their (or your!) insurance premium? Unlikely.

Kids aren’t the only ones who need to guard their online profiles – sometimes parents are the worst offenders. Most of us think nothing of sharing photos of our little ones, and this desire to ‘show off’ offspring is understandable. But the resulting digital footprint can be damaging. Consider the 18-year-old Australian young woman suing her parents for having posted a picture of her on her potty as a small child. Or the American student who discovered when she applied for a credit card that her identity had been stolen when she was 10 and she already had a full financial history – a bad one.

So what do we need to do, both to protect our kids and let them have enough practice to become responsible adults?

First, acknowledge that our kids instinctively understand certain digital etiquette we sometimes don’t. For instance, of course we should be friendly with our children’s friends, but should we follow them on social media? Do we really want that relationship, or is it just thinly disguised spying? For instance, last year my teenaged son mentioned his friend’s mum follows him on Instagram. He had no idea why. Turned out it was to keep tabs on her son. Or consider a friend of mine who wanted to take away his 16-year-old’s mobile, hoping to cut her communications with her (older) boyfriend. I told him no, because would he expect to be privy to every in-person conversation between his daughter and this boy? Not only could taking this kind of stand damage trust and a teen’s need to some degree of privacy, but he risked losing all control if his daughter then bought her own pay-as-you-go phone.

At the same time, sometimes parents don’t understand that for this generation online and offline are one, because they’ve never experienced life without the internet. They’re more likely to share hings via social media or messaging than speak to someone in person. And while being rude or using strong language online may seem normal to them, because it’s inappropriate in person, it also is in the virtual world. They need us to help them understand the relationship between these two worlds. To do this, we need to have regular, ongoing two-way conversations, which are what really help prepare kids make good decisions when they’re on their own.

For this generation online and offline are one, because they’ve never experienced life without the internet

Our role is not to digitally stalk our children. Independence brings risks, but we need to find a way to make testing independence not an either-or, but rather an ongoing exchange. Otherwise we’re closing the door on chances to help our kids – and ourselves – prepare for a world we never could have foreseen. Parents often complain that their kids grow up too quickly. In the digital they grow up even faster. So if you sense your children are about to enter digital independence, make sure you know the lay of the land, and that they know no matter what, they can talk to you.

To help you keep your young children and teens safe and happy online, we put together a free eBook, What Grown-ups Need to Know About Online Safety for Kids. Get your free copy now. (PDF) 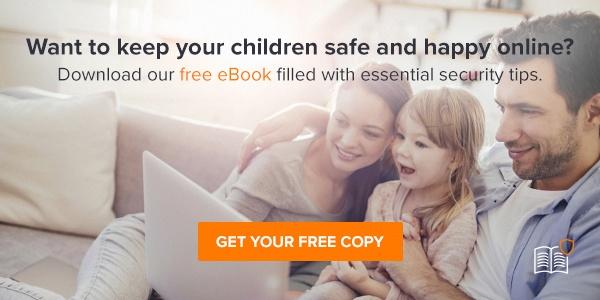 This is a syndicated post by Silver Software Distribution, distributors of AVG and Avast in Africa. Read the original at: Blog | Avast 2017-02-07

15th May 2018
We use cookies on our website to give you the most relevant experience by remembering your preferences and repeat visits. By clicking “Accept”, you consent to the use of ALL the cookies.
Cookie settingsACCEPT
Manage consent